Over the past decades, Morocco has implemented extensive structural and sectoral reforms aimed at strengthening the economy’s overall competitiveness and integrating it better into the global economy. The business environment has improved, following reforms to simplify administrative procedures, and Morocco’s 2017 Doing Business ranking improved to 68 (against 75 in 2016). As a result, the economy has undergone major changes that have improved macroeconomic performance and increased resilience to shocks. Morocco is among the few countries that have maintained their sovereign rating at investment grade, despite a difficult external environment, particularly in the euro zone which is their main economic partner. 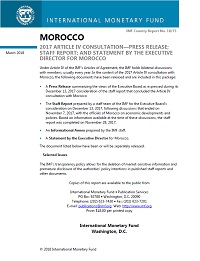 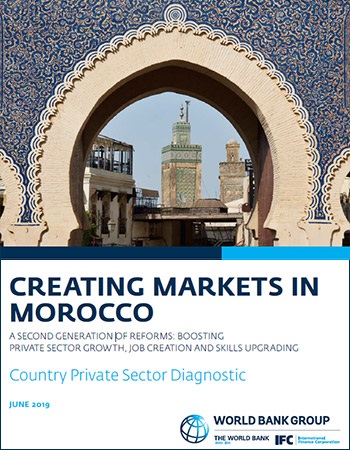 Morocco—Presentation to the G-20 Deputies April 2017 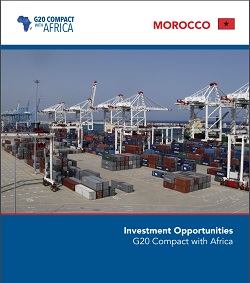 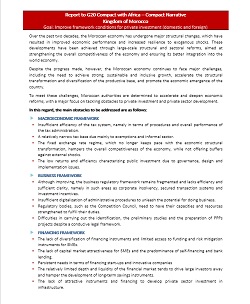 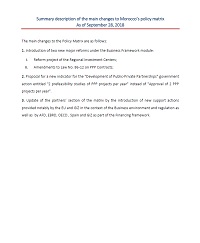 Objective is to improve infrastructure to accompany industrial acceleration through greater private sector participation under PPPs.